skip to main | skip to sidebar

He’s gone and I can’t believe,
I just can’t conceive,
Why my son would be taken this way,
After today,
There is no yesterday,
No tomorrow,
And from now on I will need to borrow,
A future, because mine is dead,
I sit by his bed,
Knowing that I will never again hear him say “Morning Mum”,
I will never get to know the adult he would have become,
I won’t ever hear him laugh or cry,
He won’t utter a sigh,
He never even got to say goodbye,
Why?
Because 15 years of life,
Have been stolen by the slash of a knife,
Held in the hands of another adolescent,
This scenario now incessant,
On the cold dark street,
Signed, sealed and delivered by the concrete,
And I can’t even hate,
Because my son’s fate,
Is another mother’s nightmare,
She will have her fair share,
Living in the shadow of the despair,
That her seed extinguished a flame,
Knowing that the light that bore my child’s name,
Flickered and expired in his hand,
I understand,
The pain,
Her boy took my boy’s life in vain,
And this thought will forever remain,
In her mind,
So we are in some strange way combined,
In our grief, as our thoughts are entwined,
In non belief…We are both resigned,
To the stark reality we call life,
And united by the destruction caused when you pick up the knife,
See, my son is gone I know he ain’t coming back,
The superficial evidence of his existence is now inscribed on a plaque,
Above his grave… my only treasure,
And her son is serving life at her majesties pleasure,
So how can either of us even begin to measure?
The extent of our failing,
And the concrete smiles; its victory prevailing,
Lording over 2 mothers and a shocked community,
As we cry for every missed opportunity,
And pray for impunity…..
They were only 15 and they had their whole lives ahead,
Yet the street left one incarcerated and the other one dead,
Its time for change, street purification,
Do we really need further justification? 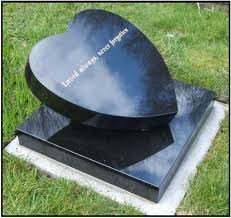 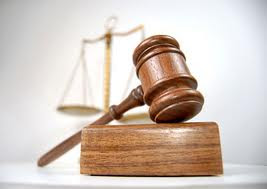 He’s gone and I can’t believe,
I just can’t conceive,
Why my son would take another mothers’ son away,
I never brought up my son to stray
I never taught him to run the street
I gave him every opportunity
To make him feel special and unique
To educate him, teach him well,
Now my life feels like it’s all gone to hell
But still, I cannot even begin to fathom
The depth of guilt he makes me feel
Now I go to church every day and in the pews kneel
Praying and looking heaven-ward trying to understand why
Why a different mother’s heart is cut deep like a knife
Just like the one my son used to take her son’s life
The tears fall and cannot ever stop
Then I consider…
Is a knife wound worse than dying from a shot?
Regardless of release by an itchy trigger finger
The pain and fear as either touches lives will forever linger…
I cannot begin to comprehend how she must feel
Like she won’t be able to comprehend my remorse and shame
That my 15 year old son chose to run game
To get a rep, to show others he was the best
That he had some surefire balls of steel
To get initiated he had to show he was deep and real…
And because of that
She now prepares a funeral
As I prepare for court
My son will be dished a sour lesson
One which he should never have been taught
As she will go to visit a headstone
So will I have to visit a different kind of tomb
One that will for the rest of his living life
House the boy child I birthed from my womb
Like her,
My son won’t greet me to say, ”Morning Mum.”
He won’t grow up into the man he should have become
Every sunrise will peep at him from behind bars
And through those same bars watching him sleep are the stars
Under which this mother also lies curled in a ball at night grieving
So do I too, but for many differing reasons
I cry at my own motherly failings
Asking what else could I have done?
This battle our children fight with each other
When will we step in so this war can finally be over and won?
I wonder if this other mother will hate me?
I wonder if my own family will forsake me?
I wonder if my son has ever loved me?
I wonder when I look in the mirror,
Will even I ever stop wanting to shun me?
In despair, I rage at his father’s inability to connect with him
Just when he needed him the most
When he should have been at home, talking and schooling him
He was out in the club ah toast
So I try to feel what she feels
So I try to get inside her head
But give up because it’s too hard knowing
Both our sons are dead
Hers buried because of mine
And mine banged up for that heinously vain crime
But both our sons are gone
We’ve lost our baby boys,
Both our sons are victims
They are never coming back
The streets again run victorious
Because of such needless wanton acts
Its time for change, street purification…
After this… We really don’t need further justification.

Hello and welcome to my blog.

My first collection "INSPIRED" can be ordered directly from me. Costs £9.99 if you are based in the UK or £12.99 for all Overseas orders (this includes P&P/S&H).

Please send your payment securely to me via paypal to:

You have the choice or buying signed or unsigned copies of INSPIRED from my storefront in the Amazon Marketplace seller: ANGELA EDGAR

Thank you for spending some time with me.

Angee
I think my poetry and other writing speaks for itself. I see them as an extension of myself, who I am, who I'd like to become. Sometimes it's just conscious, real-life, everyday events I write about as well as plain old fantasy on a crazy day! But honestly, I'm a West London gal born and bred, who is just nurturing her talent for writing and discovering her literary destiny.